(This is the second entry in the series. Part 1)

I mentioned briefly in the intro that more advanced smelting and casting provides higher yields. In this post, I'll walk through a basic iron setup. 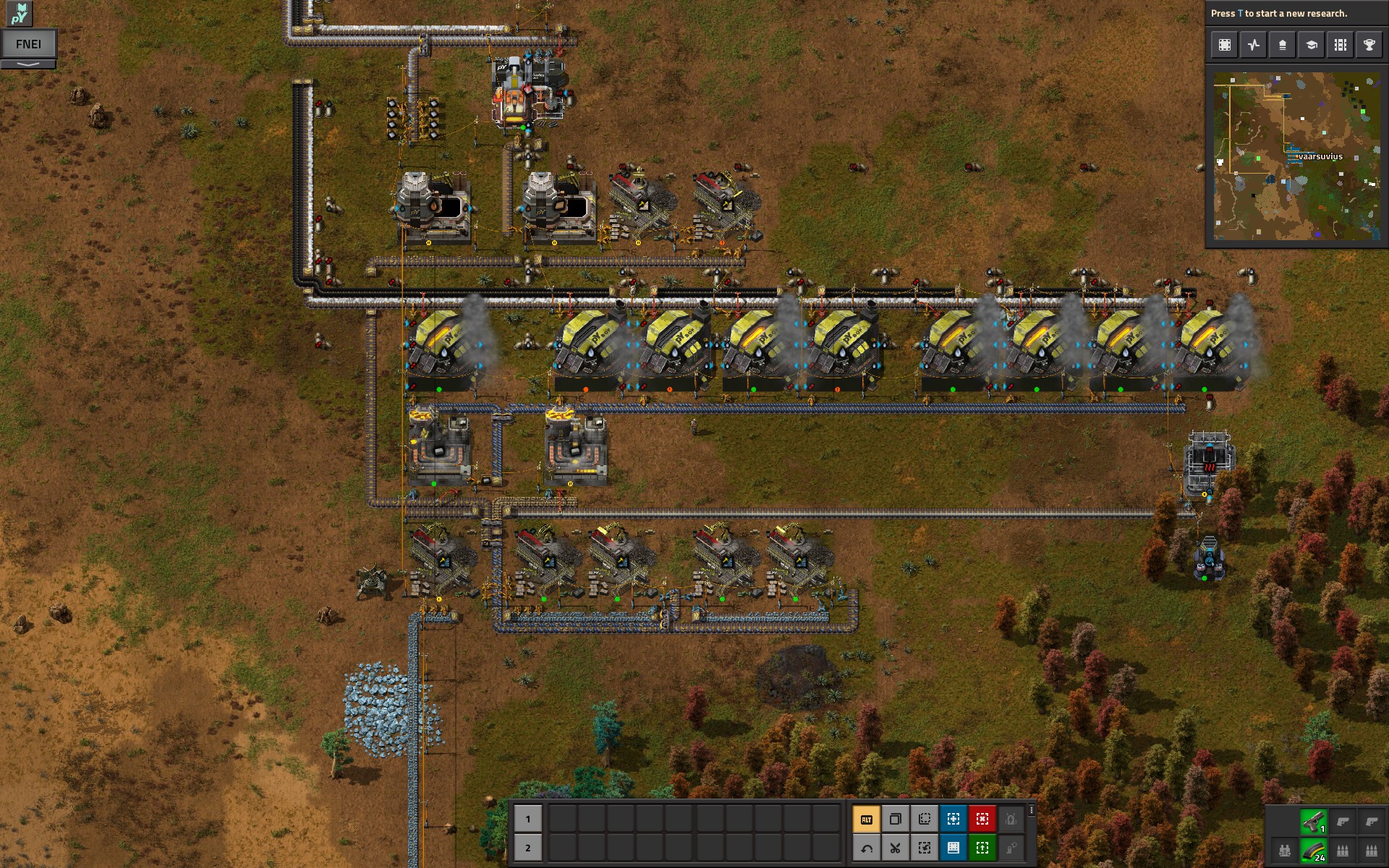 The main flow of this setup is iron ore enters at the bottom, then is progressively refined before iron plates come out at the top.

The first processing stage is crushing. This uses Jaw crushers to separate the raw Iron ore into Processed iron ore and Stone. Most of the stone is consumed by the foundries on the second row to create bricks. The bricks are used to create Hot Air to improve the yield farther up.

(A real-life blast furnace works as follows: iron ore (which is primarily iron oxide) is mixed with coal and a flux (typically limestone). The furnace is loaded with this mixture. Hot oxygen-rich air is blown into the bottom of the furnace, and the coal burns in the oxygen to create heat and carbon monoxide. The carbon monoxide is a strong reducing agent, and will react with the iron oxides to create carbon dioxide and elemental iron. The intense heat from the combustion will also melt the iron, allowing it to flow out the bottom of the furnace. The limestone (CaCO3) also reacts with the carbon monoxide to form quicklime (CaO) and carbon dioxide. The quicklime then reacts with various impurities in the iron and forms a slag layer near the bottom of the furnace. The molten iron and slag can be drawn out and used for casting or steelmaking.)

In the process I'm currently using, the BOF uses processed ore, oxygen and a borax flux, as well as any combustible fuel. It creates molten iron, which is piped up to the final stage, the casting unit.

The penultimate stage creates sand castings. It uses some of the stone from the crushers to make sand, and that is mixed with creosote made from tar to make the casts.

Finally, the casts, molten iron and more borax flux as well as hot air from the bricks in the second stage are used to cast iron plates.